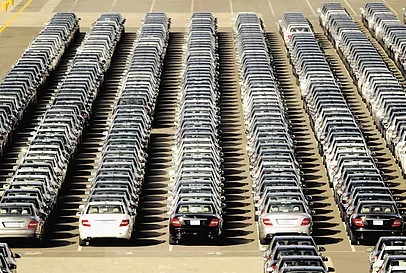 Multinationals in the components and truck sectors are ready to join vehicle manufacturers in creating a multibillion-rand venture capital fund to develop a black-owned automotive supplier industry.

At present, nearly all the components companies providing parts direct to SA vehicle assembly lines are multinational subsidiaries. These are known as tier 1 suppliers. Beneath them are tiers 2 and 3, which build the materials and subcomponents that go into the main parts.

It is here that the government wants to see wholesale black participation.

Under the next phase of the automotive production & development programme (APDP), from 2021 to 2035, the aim is for at least 25% of the two lower tiers to be black owned.

Progress under the current APDP, launched in 2013, has been painfully slow. Government funding for black automotive industrialisation has been available but hard to source; and systems to identify and support candidates are inefficient.

Motor companies have now taken it upon themselves to do it, but even they have struggled. Volkswagen SA MD Thomas Schäfer, whose company has been one of the more successful, admits: “It’s been very slow, very difficult.”

The hope is that a co-ordinated, target-driven motor industry fund will succeed where other efforts have stalled. The industry, rather than the government, knows what it needs and will actively support black candidates who supply it.

As an industry, we are providing both the demand and the supply. We will provide the business opportunity [for black-owned automotive suppliers] and the fund will supply the means – Andrew Kirby

Andrew Kirby, president of Toyota SA and of the National Association of Automobile Manufacturers of SA, says: “Previous efforts have been disjointed. What is different now is that, as an industry, we are providing both the demand and the supply. We will provide the business opportunity and the fund will supply the means.”

Some of the money would also help create black-owned vehicle dealerships and spare parts retailers.

The department of trade & industry (DTI) has approved the plan, which is a quid quo pro for the refusal of multinational motor companies to cede part of their SA subsidiaries to black ownership.

Some warned they would dis-invest from SA rather than give away up to 25% of their local holdings.

Now other multinational sectors of the industry want to do the same. Renai Moothilal, director of the National Association of Automotive Component & Allied Manufacturers, says: “We have engaged the DTI on ownership and told it some tier 1 members want to contribute to a black industrialisation fund. It would be restricted to those owned by multinationals.”

Kirby says foreign-owned truck companies have the same idea. The plan is for all sectors to contribute to the same “kitty”. However, he proposes that the initial fund, representing vehicle manufacturers, be established before others join in.